What's behind the numbers? 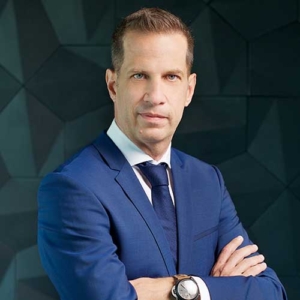 The total modern office stock currently adds up to 3,955,600 sq m, consisting of 3,309,000 sq m of ‘A’ and ‘B’ category speculative office space as well as 646,600 sq m of owner-occupied space. In the third quarter of 2021, there was no new supply delivered on the Budapest office market. During this quarter 7,100 sq m were moved from the speculative to the owner-occupied space, consisting of two office buildings.

The office vacancy rate decreased to 9.1%, representing a 0.7 pps decrease quarter-on-quarter and a 1.0 pps increase year-on-year. In line with the preceding quarters, the most occupied submarket was North Buda with a 4.6% vacancy rate whereas the highest vacancy rate remained in the Periphery (31.8%).

Net absorption rebounded to positive territory during the quarter, as the total occupied stock increased by 29,300 sq m. Total demand reached 81,500 sq m in Q3 2021, representing a 17% decrease quarter-on-quarter, but a 3% increase year on year.

New leases overpowered regarding the share of total leasing activity with 60%, followed by renewals in the existing stock with 22%, pre-leases in new developments amounted to 11%, while expansions of existing premises reached 7% of the total demand.

Submarkets and split of demand

According to the BRF, 146 lease agreements were concluded in Q3 2021; the average deal size amounted to 560 sq m. The BRF registered seven transactions concluded on more than 2,000 sq m office space, including five new leases, one renewal, and one pre-lease.

The largest new agreement was signed for a total of 4,300 sq m in BudaPart City office buildings, while the largest renewal was a 3,800 sq m deal in Terra Park C.

The Q3 2021 office market statistics continued to reflect the uncertainties and economic slow-down triggered by the COVID-19 pandemic. While quarterly demand remained somewhat weaker than in previous years, the gap narrowed as the number of transactions showed recovery and the vacancy rate slowly begins to decrease.